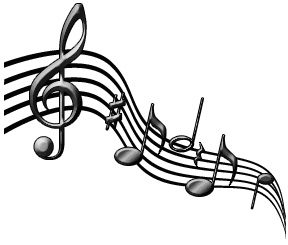 And Then There Were None.  Fans of Agatha Christie, the British Queen of the Whodunnit, will recognize this as the title of one of her most popular novels, and one which has been made into several movies and even a Broadway play.  In the story, ten different people from different walks of life are invited to a desolate island for a “vacation,” only to find themselves being “bumped off” one-by-one by an unseen murderer until there’s literally no one left.  Although the members of the St. Joe’s Music Ministry are not being “bumped off” like the characters in the novel (thank Heavens!), our numbers are dwindling due to changes in people’s lives and health.  We at Alla Breve apologize for using this space to bring this topic up yet once again, but if you have any musical talents and are willing to share just a few hours of your week to inspire your fellow parishioners and to involve yourself more intimately with the Mass, then please consider joining us next Fall as a part of the Raphael Choir, as a cantor or as a Shekinah Ringer.  St. Joseph has had a long tradition of an outstanding Music Ministry, and it would be a shame to lose that tradition.  No, a murderous madman isn’t the villain in this case, but Agatha Christie’s book title could someday soon also describe the St. Joseph Music Ministry…And Then There Were None.

© 2022 St. Joseph Catholic Church | Made with ♥ by Diocesan Publications